QANTAS INTRODUCES BIGGER PLANES AND MORE SERVICES TO THE WEST 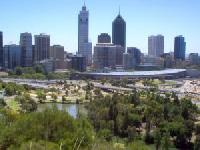 QANTAS INTRODUCES BIGGER PLANES AND MORE SERVICES TO THE WEST

The Qantas Group today announced it would move to an all wide-body, twin-aisle aircraft on all of its services from Perth to Sydney and Melbourne within the next two years.

PERTH – Qantas Executive General Manager John Borghetti said the move, which would see Airbus A330 and Boeing 767 aircraft exclusively used on these services, would provide more than 61,000 seats – an increase of more than 11,700 seats on these routes.

“This decision is a sign of our commitment to Western Australia, which is one of the biggest growth markets in Australia,” Mr Borghetti said.
“We believe our all wide-body service on these key trans-continental business routes will ensure Qantas is offering the capacity, frequency, and comfort appropriate for the market,” he said.

Mr Borghetti said Qantas was also making changes to its international services out of Perth. “We will introduce Airbus A330 services between Perth and Hong Kong from January 2008, replacing the current B767s operating on the route and providing customers with Skybed in Business Class and our Audio Visual on Demand (AVOD) inflight entertainment system in both Business and Economy class cabins,” he said.

Mr Borghetti said the international B767 fleet currently operating these services would be deployed on domestic Perth services.
He said Qantas’ $50 million development at Perth Airport, announced last week, would improve the airport experience for Qantas passengers as the airline continued to grow its Western Australia services.

“The airport development, which will commence by the end of 2007, will be a two year project and ensure we have better facilities for passengers, aircraft and baggage for our current operations as well as meeting the growth demand of the future.” In Western Australia, The Qantas Group currently operates: 47 return services per week to Melbourne, 37 return services per week to Sydney from Perth; seven return Perth-Melbourne
(Avalon) services operated by Jetstar, and 109 return services weekly to Karratha, Port Hedland, Paraburdoo, Newman, Broome and Kalgoorlie by QantasLink and Qantas.