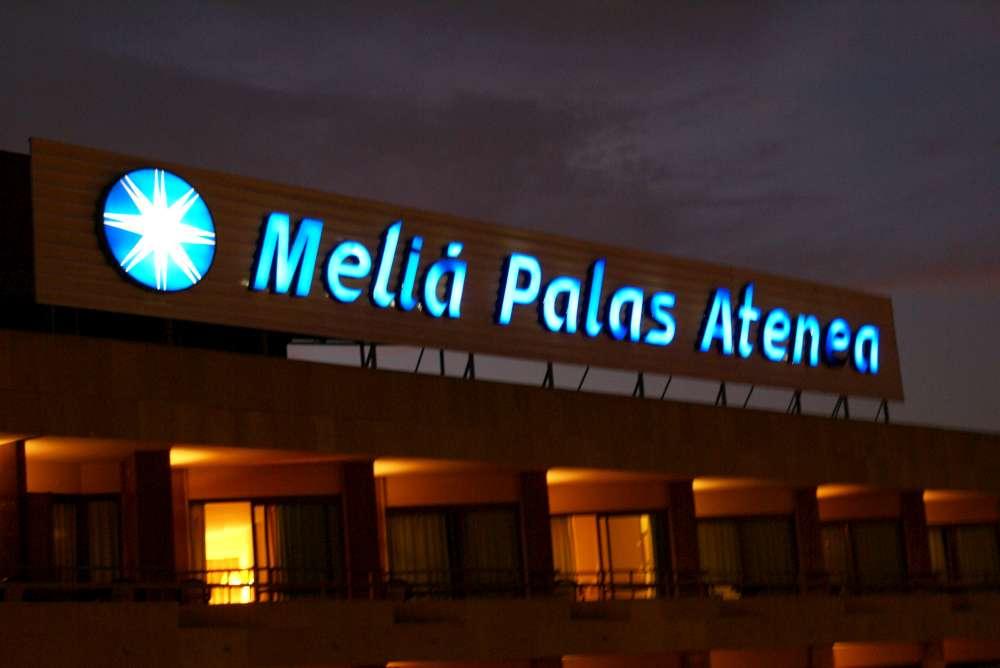 RevPAR, the revenue per available room, increased by more than 9% and maintained the positive trend in estimates for the summer season

Palma de Mallorca – Meliá Hotels International today reported results for the first half of 2011 showing revenues of 620.4 million euros compared to 581 million in the same period in 2010 (+6.8%), and a 9.1% increase in RevPAR (revenue per available room). EBIT increases by 20.4% up to 58.3 million, while the Company recorded a net profit of 8 million euros, down from 13.5 in the 2010, mainly due to the effects of exchange rates and differences in the generation of capital gains. Excluding the effects of exchange rates, net profit would go up to 16 million. EBITDA grew by 8% to reach 104.8 million euros, compared with 97 million of the same period in 2010.

The Company highlighted the positive performance of the hotel business, which is mainly attributed to the positive trends in the industry, excellent management of revenues and its international diversification policy, which has been instrumental in lowering the exposure to country risk and thus ensuring the revenue stream.

By market, the company reported a positive performance in European cities (especially in Germany and France), the Spanish resorts and Latin America and the Caribbean, the fastest-growing market both in leisure travel and in conferences. In the current market, Meliá Hotels International benefits from its strong positioning in the resort / leisure business.

Positive outlook for the year

The performance of the business in July and the results of  the major European source markets like the UK, Germany, France, Italy and Russia, prove the success of the company business strategy and point to a positive third quarter both in regard to occupancy and average room rates, offsetting the weakness of  domestic demand from Spain. It should also be recalled that the third quarter generates approximately 40% of annual EBITDA for Meliá Hotels International.

With regard to the outlook for the full year and beginning of 2012, the company expects continuity in the growth trend in Latin America and the Caribbean, especially for luxury brands, and both in the vacation market and the important Meetings & Events segment, which is also occurring in European cities, with special focus on the Meliá branded hotels.

With regard to the contribution to future results, the company emphasises the importance in the short term of the new properties in Playa del Carmen and London, hotels which are expected to become destinations in themselves and which will benefit from the resurgence of tourism in the Cancun region and the excellent tourism forecasts for the British capital, heightened by the 2012 Olympics, which Meliá Hotels International expects to contribute to the rapid positioning of the  Foster & Partners designed hotel in central London.

Meliá Hotels International signed one hotel every 3 weeks during the first half of 2011. All 11 hotels signed to date (with 2,346 new rooms) demonstrate the Meliá Hotels International strategic commitment to globalisation consistent with its brand structure and targeted on the most dynamic destinations in the travel world, especially in emerging markets, and in both the city and resort hotel markets. The company has 32 hotels in the pipeline to be added to its portfolio, 84% of which are outside Spain, with a total of 8,203 rooms, approximately 10% of the current portfolio.

The growth strategy also relies on low capital-intensive formulas such as management contracts, leases and franchising, which together represent 87% of new hotel additions. The leadership of the Spanish hotel company in the international leisure market will be strengthened by the management of new resorts in popular destinations such as Sicily, the Algarve (Portugal), Natal (Brazil) Costa Rica, Cape Verde, Zanzibar (Tanzania) or Dubai. In addition, the Company announced this week a new hotel in Bulgaria and Geneva (Italy).

In June the company changed its corporate brand and remains firmly committed to strong international growth, as well as to linking growth to low capital-intensive formulas and to relevant partnerships and joint ventures, after as is the case with Jin Jiang and Wyndham, leaders in the Chinese and American markets, respectively. Meliá Hotels International strategy also aims to optimise the value of its real estate assets and maximizing their adaptation to brand standards. With this in mind, the company recently signed a joint venture with the investment group Evertaas, in which both parties will participate in the creation and management of an integrated resort with commercial and leisure facilities alongside the hotels. The project has great potential for development and repositioning of the Sol Hotels brand and will be developed in the Majorcan resort of Calvià.

On the financial front, the special attention given by Meliá Hotels International to the consistency and credibility of its balance sheet, coupled with the conservative management of liquidity levels, make the company a trusted partner for financial institutions and is reflected in confidence in meeting repayment obligations. The Company met covenants in the first half year and is confident to also meet at the end of the year.

Financial results were affected by the negative evolution of exchange rates, with an impact of 8 million euros, and the increase in the spread of Euribor as a result of the market trends.

Meliá Hotels International announced the renewal of the Certificate of its „Biosphere Hotel Company“ certification by the Institute of Responsible Tourism, thanks to its progress in environmental, social and cultural commitments, which have been subject to cross-verification process in all areas of the Company. The renewal of the certification is the result of an external audit which considered significant the alliance with UNICEF and the inclusion of sustainability criteria in the variable bonuses of employees, amongst other actions.

In terms of energy efficiency, electricity consumption has decreased by 4.9% per stay, diesel fuel consumption fell by 19.6% and gas consumed per stay was reduced by 1.3%. The Company also highlights the 11.3% reduction in water consumption per customer.

Finally, Meliá Hotels International expects the process of internal and external reinforcement, in addition to the change in the corporate brand, the renovation of the Mission, Values and Corporate Culture, and the development of a new Strategic Plan for the period 2012-2014, to be accompanied by a more positive international situation which analysts suggest for tourism, allowing the company to extend its vocation as a leading family company, responsible, sustainable, and committed to excellence and innovation. As stated by the Vice Chairman and CEO Gabriel Escarrer presenting the new corporate brand: „The new Meliá Hotels International inherits a rich legacy from Sol Meliá, and also opens a new stage with new global challenges, increased demand and better results.“