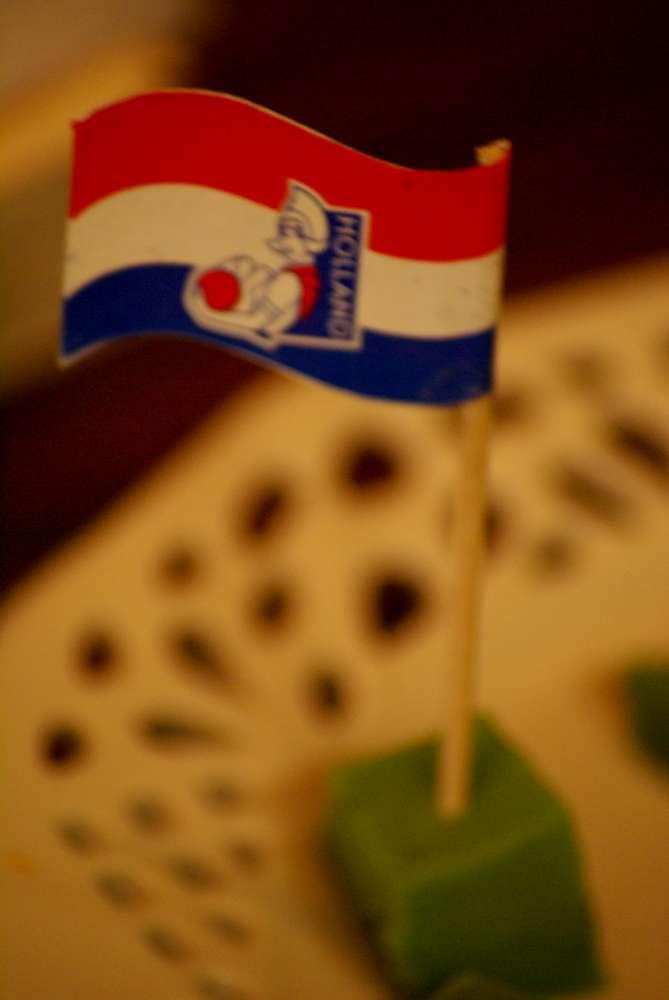 AMSTELVEEN  – All flights operated out of Amsterdam by KLM Royal Dutch Airlines in the months of October and November will be celebrating the ‚From Holland‘ festival. This year’s inflight festival focuses on KLM’s typically Dutch characteristics. Passengers will be treated to a taste of ‚Holland‘ during their journey.

Passengers travelling in World Business Class (WBC) on KLM’s intercontinental flights operated out of Amsterdam will be treated to meals created by master chef Wilco Berends of the De Nederlanden Restaurant in Vreeland. Berends is well known for his exceptional culinary creations, originating from a kitchen crowned with a Michelin star. The salt and pepper sets in WBC will be miniature pairs of wooden clogs – a famous symbol of the Netherlands.

The festival will also include European flights for the first time this year. Blond Amsterdam designed a cheerful ‚From Holland with love‘ packaging concept for the sandwiches.

KLM will also be serving Dutch wines on board. Wijnhoeve De Kleine Schorre located in Zeeland will be supplying wines for the ‚From Holland‘ festival. With vineyards of ten hectares in size, it is clearly the biggest in the country. The Achterhoekse Wijnbouwers winegrowers will also be supplying wines. According to the Dutch inspection services, these winegrowers have achieved excellent results in recent years with various white and red wines and rosés. What’s more, KLM will be offering wines produced by Dutch cellars abroad.

During the flight, passengers can sit back and enjoy Dutch films, music and programmes available via their Inflight Entertainment Systems.

„We transport many passengers of different nationalities every day. We opted for the ‚Holland‘ theme this time round so that passengers have an opportunity to experience KLM’s Dutch character during their journey. Dutch cuisine and Dutch wines are surprising and boast a high level of quality. We are proud to be able to offer them to our passengers during the ‚From Holland‘ festival,“ said Erik Varwijk, Executive Vice President International & the Netherlands.