INNSIDE BY MELIÁ TO OPEN ITS FIRST HOTEL IN SPAIN: INNSIDE BARCELONA 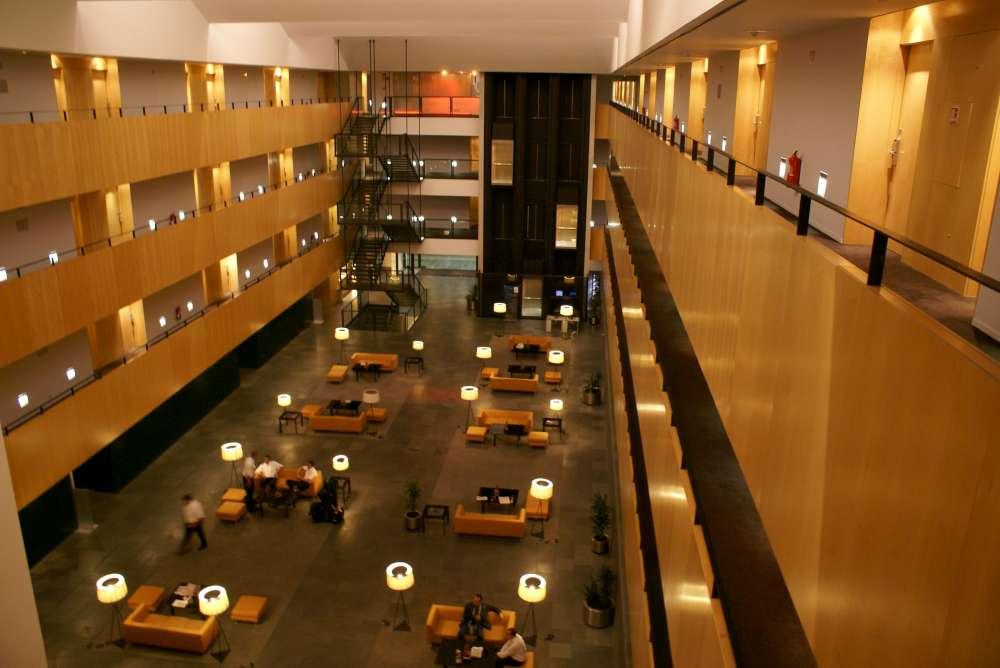 INNSIDE BY MELIÁ TO OPEN ITS FIRST HOTEL IN SPAIN: INNSIDE BARCELONA

Palma de Mallorca – Sol Meliá today announced the introduction of the Innside by Meliá hotel brand in Spain with the signature of an agreement for a new hotel in Barcelona which will become the first hotel for this youthful urban brand outside Germany. In Germany the brand currently operates nine hotels and was recently voted the best hotel brand in the country by the German people.

Innside Barcelona will open in 2011 and will be added to the company’s hotel portfolio under a lease agreement in a deal overseen by the leading hotel, leisure and tourism consultancy, Horwath HTL.

The hotel is designed for the long-stay market in Barcelona and will provide very spacious apartments measuring between 60 and 160 metres squared, all fully adapted to the Innside by Meliá brand standards: urban and avant-garde design, elegant and futuristic. The hotel will be housed in a 19-floor building known as the LC Torre Europa, designed by the prestigious architect Oriol Bohigas and located in the Plaza Europa in l’Hospitalet de Llobregat, a new commercial and residential development in the southern suburbs of Barcelona, very near the airport, exhibition centre and Ciutat de Justicia. The Plaza Europa is also becoming a reference point for modernity, architecture and design thanks to the high rise buildings and other constructions that have recently been developed.

The new Innside Barcelona will provide 100 apartments (33 one-room studios, 54 two-room apartments, 10 three-room suites and 3 deluxe 4-room suites), as well as a restaurant, a swimming pool with panoramic views on the hotel roof terrace and a Fitness Centre on the 9th floor.

The new hotels adds to the growth of the brand already announced at the beginning of the year with the agreement for the new Innside Frankfurt, also ensuring the growth levels foreseen by the company as part of its strategy to diversify and strengthen its hotel portfolio using low capital intensive formulas which guarantee financial consistency.

Innside became part of Sol Meliá in 2007, adding to the company portfolio a number of urban and avant-garde hotels in which elegance and a futuristic approach are key and for which there is an ambitious expansion plan in Europe. Atmosphere, service and pleasure ensure a relaxing stay for individualistic and discerning guests.

Innside by Meliá currently operates nine hotels in Germany with a total of 1,275 rooms in Berlin, Dresden, Dusseldorf, Munich and Frankfurt.

German customers of Hotel.de, one of the biggest online travel agencies in Germany, chose Innside by Meliá from amongst 700 hotel chains as the best hotel chain in Germany in a survey based on quality, room soundproofing, cleanliness, service quality and professionalism, value for money, food service, wellbeing and sports facilities.

Sol Meliá was founded in 1956 in Palma de Mallorca (Spain) and is one of the world’s largest resort hotel chains, as well as Spain’s leading hotel chain in both the business and leisure markets. It currently provides more than 300 hotels in 26 countries on 4 continents under its brands:

Sol Meliá is the only travel company included in the exclusive “FTSE4GoodIbex” Spanish stock market index and is a signatory of the United Nations Global Compact. In 2008 the company approved its Global Sustainability Policy and in 2009 it was named the first “Biosphere Hotel Company” by the Responsible Tourism Institute, supported by UNESCO. That same year the company was also awarded the Prince Felipe Award for Tourism Excellence for the second time.

The company currently employs more than 33,000 people worldwide with staff from over 90 different countries. The company fully respects equal rights and balance in its contracting of male and female staff and 10% of its workforce is made up of immigrants.