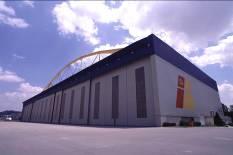 Iberia has signed a contract to repair line replaceable units (LRUs) on Vietnam Airlines‘ A320 fleet, including electro-hydraulic selectors and bypass valves.

Madrid – Iberia has signed a contract to repair line replaceable units (LRUs) on Vietnam Airlines‘ A320 fleet, including electro-hydraulic selectors and bypass valves. The „Time & Material“ type contract has a three-year duration.

The repair of these components will be carried out at Iberia Maintenance installations in Madrid, on a 220,000 m2 site adjacent to the airport that features seven hangars, a separate workshop, and engine bench-testing facilities. Among the customers of Iberia’s components workshop are airlines such as Air Nostrum, Finnair, SAS, and Vueling.

Vietnam Airlines, founded in April, 1989, is based in Hanoi, and serves 50 destinations around the world with its fleet of 70 aircraft, including Boeing B-777s, Airbus A330s, and A320-family units.

Iberia Maintenance serves the Iberia fleet and another 200 clients around the world, including Cathay Pacific, Xiamen Airlines, British Airways, Meridiana, Mexicana de Aviación, Continental Airlines, DHL, Air Europa and Spanair. In 2009 it conducted 220 C and D checks of aircraft, while inspecting and repairing 208 engines and some 55,000 aircraft components. Further projects include the opening of the world’s first turbine blade workshop to use laser welding technology. With revenues of some 732.5 million euros in 2009, Iberia Maintenance ranks 9th worldwide among MROs.