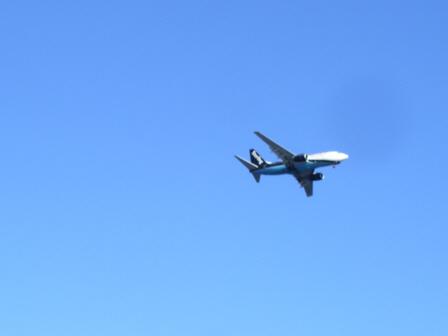 Virgin Blue Airlines and its’ premium long-haul airline, V Australia announced today they have partnered with Virgin America to allow each airline’s loyalty program members to earn points when taking flights on the sister-branded airlines

Brisbane, Australia – Virgin Blue Airlines and its’ premium long-haul airline, V Australia announced today they have partnered with Virgin America to allow each airline’s loyalty program members to earn points when taking flights on the sister-branded airlines.  The partnership means that guests flying Virgin Blue, V Australia and Virgin America will all be able to earn credit for their flights that will be redeemable under either of the carrier’s frequent flyer programs.

“The new agreement is another example of our Virgin airlines working closer together for the benefit of our Guests,” said Virgin Blue Airlines Co-founder and Chief Executive Brett Godfrey.

“Our aim is to encourage more travellers from throughout the U.S. and from our part of the world to plan their trans-Pacific travel with our growing airline family.”

With industry-leading guest service, beautiful design and a host of high-tech amenities, the Virgin Airlines are world renowned for outstanding customer service and product innovation.

Virgin America has captured a list of travel industry best-in-class awards since its 2007 launch, including being named “Best Domestic Airline” in the Condé Nast Traveler 2009 Readers‘ Choice Awards and „Best Domestic Airline“ in the Travel + Leisure 2009 World’s Best Awards.

Virgin America President and Chief Executive Officer David Cush commented: “Travellers around the world seek out Virgin airlines for their unrivalled value, brilliant service and innovative amenities, and we’re pleased to partner with our sister airlines Virgin Blue and V Australia to allow our loyal guests to earn frequent flyer credits wherever they are flying– in the U.S., Asia Pacific or Australia.”

In June 2009, the airlines signed an Australia-U.S. interline agreement offering seamless travel on the networks of each carrier across their United States (U.S.) and trans-Pacific routes.  The interline arrangement allows guests to enjoy a continuous “Virgin” experience for travel between the U.S. and Australia, as Virgin America and V Australia share Los Angeles World Airport’s (LAX) newly redesigned Terminal 3.