AirBaltic Welcomes to the World’s Largest Festival of Blondes 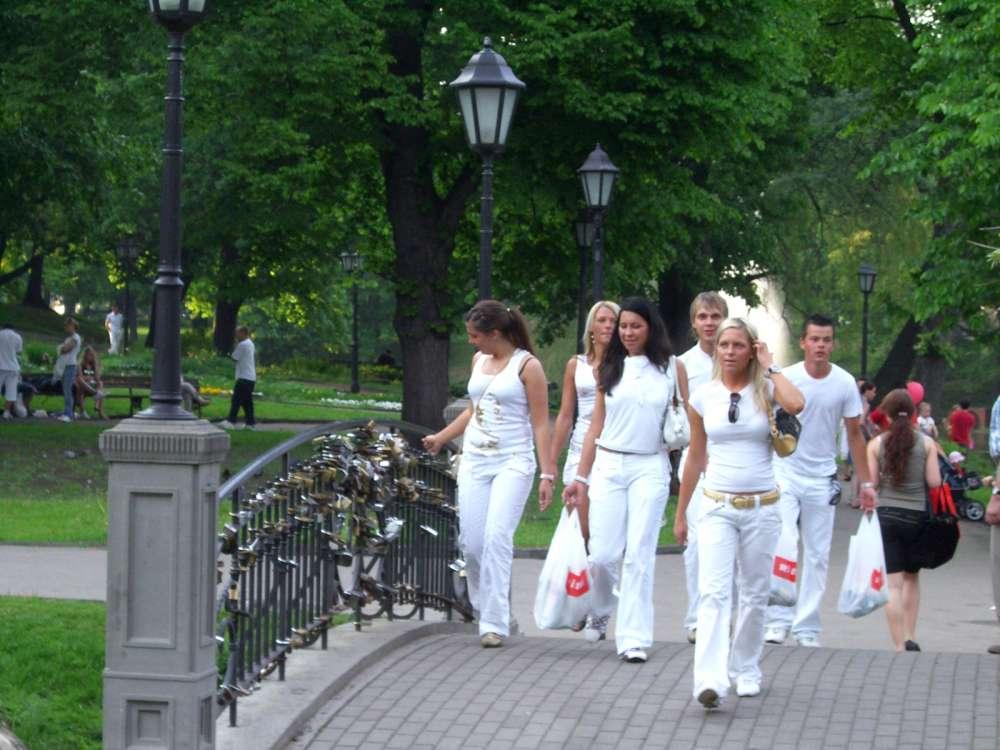 AirBaltic Welcomes to the World’s Largest Festival of Blondes

On May 29, tens of thousands of blondes will parade through the Latvian capital of Riga, as part of the city’s annual Go Blonde festival. airBaltic welcomes Go Blonde visitors to Riga on the airline’s more than 70 direct flights originating in Europe, Scandinavia, Russia, CIS and the Middle East

Riga – The event, originally conceived to uplift the public mood during the country’s economic crisis is rapidly becoming a major tourist attraction for the whole region, and is expected to generate significant donations for Latvian child charity. Tero Taskila, Chief Commercial Officer: “Riga is the best city to visit this summer season, with hundreds of attractions under the innovative citybrand Live Riga, and signature events such as Go Blonde festival, Nordea Riga Marathon, Riga Opera Festival and many more.”

Marika Ģederte, President of the Latvian Association of Blondes, organiser of the event:“Blondes in Latvia are unique. Last year’s parade, this year’s festival and next year’s carnival have and will make a substantial contribution toward Latvia’s tourism sector. Go Blonde will soon be as important a project for Latvia as the carnivals in Brazil and Italy which are of great interest to thousands of tourists.”

The airline has created bargain flight+hotel packages for this and other key events in Riga available through its online travel agency www.airBalticTravel.com

This year’s Go Blonde festival will offer a theme-based party called “Some Like it Hot,” a competition for impersonators of Marilyn Monroe at the Motor Museum, the parade and show in Dome Square, the Pink Lounge, a concert with performances by blonde divas, and the concluding event – the Pink Party at the Godvil nightclub. The full programme for May 28-29 events is available at www.goblonde.lv.

The Latvian Association of Blondes focuses primarily on charitable events. Unique T-shirts for this year’s festival will be sold, with part of the profits to be devoted to charity projects. The association is helping to establish a playground for children with special needs, with airBaltic securing the first large donation for the purpose. It organises the “Princess Camp” for mothers with children with special needs, and it organises a Christmas charity event for children.

Last year’s blonde parade in Riga attracted global media attention, presenting Latvia in a positive way – “Latvia has found a way to fight against the crisis.” A more thorough look at all of this publicity can be found at http://www.goblonde.lv/presseng.html.

Regardless of the point of departure, airBaltic offers convenient connections over its North Hub Riga to the airline’s network in Europe, Scandinavia, Russia, CIS and the Middle East.