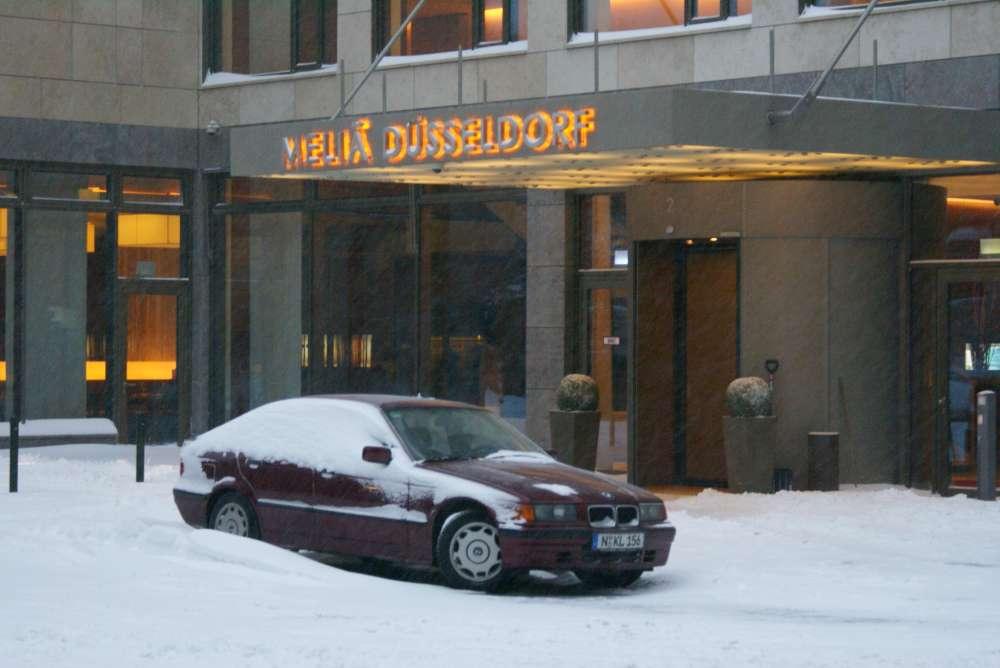 The positive trends which began at the end of the second quarter continue, and the slowdown in rate and occupancy decreases point towards a forecast recovery in 2010

The company saw a markedly positive trend from the second quarter, the trough of the cycle, with a particularly strong recovery in the fourth quarter. This is in line with the figures released by the World Tourism Organisation which saw a 2% increase in the fourth quarter in arrivals of international travellers after several quarters of decline, and also with the upward adjustment in revenue forecasts for 2010 by IATA. With all of the caution the current situation requires, Sol Meliá expects the year to bring a gradual recovery in the leading performance indicators in the industry.

Between the second and fourth quarters, the Sol Meliá hotel revenue decrease went from -19% to -12.8%, while the decrease in occupancy slowed from 12.1% to 5.4%. This trend was particularly strong in the Sol Meliá Vacation Club business, where sales went from a 23.3% drop to 37.3% growth at the end of the year. This slowdown in the decline also had a positive impact on Revenue Per Available Room (RevPAR), recovering from -20.7% in the second quarter to -12,6% in the fourth quarter compared to 2008. On an annual average basis, RevPAR at Sol Meliá fell by 16.7%, less than the average of our competitors.

In such a difficult year for tourism, Sol Meliá is particularly satisfied at having achieved certification as the first Biosphere Hotel Company, a recognition which rewards the commitment of the Spanish hotel chain to the implementation of a Responsible Tourism model, a strategy indicated by the World Tourism Organisation as one of the keys to competitiveness and sustainability for destinations after the crisis. This certification is accompanied by environmental management certification for more than 30 company hotels and Sol Meliá becoming the first Spanish company to sign up to the Voluntary Commitment System created by the Government to reduce the emission of greenhouse gases. Sol Meliá is also the only Spanish hotel company included in the select “Footsie4Good Ibex” stock market index for responsible investment.

In the Vacation Club business, the RCI Group, the biggest timeshare company in the world, added the company hotels in Punta Cana and Guía de Isora-Tenerife to the world’s largest luxury timeshare programme. RCI also awarded its prestigious “Gold Crown Award” to the Sol Meliá Vacation Club facilities at the company hotels in Punta Cana for the excellent quality and experience provided to guests, and the Innovative Development Award to the Club facilities at the Gran Meliá Palacio de Isora in Tenerife for their quality service and respect for the environment.  Sol Meliá was also proud to be awarded in 2009, for the second time in its history, the Prince Felipe Award for Tourism excellence, in which the Spanish Royal Family and the Ministry of Industry, Tourism and Commerce reward the innovation, globalisation, excellence and sustainability of Spanish companies.

Sol Meliá presented results of the anti-crisis Contingency Plan launched in the second half of 2008 and focused on four Action Areas: Revenues, Cost Optimisation, Risk Management and Cash-Flow and Financial Equilibrium, areas which will continue to guide the hotel company activity throughout 2010:

a)    With regard to Revenues, the company chose to increase the added value offered to guests through brand-based unique selling points to counteract the spiral of price cuts made by competitors which bring products down to a lowest common denominator and detract value from the guest experience. These actions, together with the strengthening of alliances with Tour Operators and Airlines and other strategies focused on improving commercialisation and market penetration – one of the highlights of which is improved competitive positioning in Internet- have brought “additional revenues which Sol Meliá estimates at 54.7 million euros.

b)    With regard to Cost Optimisation, the company implemented a Savings Programme to generate 80.5 million euros in savings, focused both on corporate offices, with savings of 29.1 million euros (36% of the total) and business units, (Hotels, Vacation Club units and Leisure Real Estate) where savings reached 51.4 million euros. In neither case were quality levels affected by lower costs, as witnessed by the customer satisfaction ratings which remained stable between 2008 and 2009, and which in the case of the Innside brand, even improved, as German travellers named the brand “the best hotel chain”. In spite of the extraordinary efforts made to reduce costs, the company still believes that there are some synergies and efficiency gains to be made in organisation and in third party services in 2010.

c)    With regard to Risk Management, Sol Meliá has updated its Risk Map, identifying and implementing appropriate actions, particularly focused on the diversification and control of risk and exposure to insolvencies, which has led to the company seeing no significant change in its average collection period since September, nor any significant impact from difficulties that some companies in the industry have had making payments.

The fourth Action Area which Sol Meliá has focused on in its Contingency Plan is the maintenance of Cash-Flow and Financial Equilibrium, an area in which Sol Meliá has reduced its debt and multiplied its sources of finance, achieving a 58.1% improvement in its “Financial Results” and an increase in liquidity. Actions that merit mention in 2009 included the launch of a 200 million euro convertible bond issue and the 50 million dollar issue of preferred shares in Puerto Rico,  the 30 million dollar factoring programme for Sol Meliá Vacation Club, the Renting deal on the Hotel Meliá Madrid Princesa and the sale of the Hotel Tryp Alondras as part of the Asset Rotation activity (which generated revenues for Sol Meliá of 100 million euros, while retaining the management of both hotels) or the 27 million euros in loans from the ICO.

Thanks to operations such as these and the drastic reduction in investments, Net Debt fell by 122.6 million euros in 2009 to 859.8 million euros. Sol Meliá has thus met in Bank Covenants– ratios of Net Debt/EBITDA and EBITDA/Net Interest, and remains confident of achieving targets again in 2010.

Considering the recent agreements signed, the average cost of the debt has been set at 3.84%, and, taking maximum advantage of the low interest rates in the market, Sol Meliá has increased its fixed rate debt to 56% of total debt, reducing its variable rate debt while also raising its average repayment period.

This financial discipline is also behind the fact that in 2010 the company expects to invest only 44 million euros (fundamentally on hotel maintenance and optimisation). However, this will not impede strategic growth, with the company pursuing new projects which add value to the brands and other opportunities which arise due to the crisis. Sol Meliá will thus continue to focus on low capital intensive growth, as in 2009, a year in which 4,500 new rooms have been added, 81% under management and franchise agreements, and 19% under lease agreements, after also having extended 4 lease contracts which expired in 2009.

Sol Meliá aims to strengthen its presence and business in the most dynamic markets, while ensuring no excessive exposure to risk. The hotels currently in the development pipeline will provide 7,767 new rooms, 88% of which are outside Spain. The risk contention programme includes measures aimed at Diversification and Balance in feeder markets through global agreements with tour operators and other key players in Europe and America, reassignment of the sales force and their focus on regions with the greatest growth potential, flexibility in labour costs and renegotiation of lease agreements with an increase in their variable components. The company also foresees an exhaustive control of all risks associated with the business cycle and country risk, and the adaptation and maximization of synergies with Sol Meliá Vacation Club.

The forecasts for 2010 for Sol Meliá are moderately better than for 2009. By region, Spanish cities, one of the areas most affected by the decrease in corporate travel, will continue to see the stabilisation already started in occupancy (which will also be positively affected by the Spanish presidency of the EU), although the continuing pressure on prices means that improvements in RevPAR are not expected for the area. For Spanish resort hotels, the company expects a slightly better high season than last year due to stronger ties with strategic partners, particularly on the Spanish mainland coast, in Menorca and Mallorca. In Ibiza the season is expected to be much like 2009, while the performance in the Canary Islands remains a question mark subject to the effect that may be created by the so-called “Canary Islands Plan” approved by the Government.

In Europe, capital cities such as London, Rome, Paros or, to a lesser degree, the German cities, have already seen positive trends which are expected to continue in 2010. Latin America is expected to see a positive underlying trend boosted by the recovery in consumption in its ma¡n feeder market, the United States. Sol Meliá continues to monitor the effect of the Haiti earthquakes on the hotels in the Dominican Republic, where normality is being resumed and further growth is expected from April. The hotels were not affected by the earthquakes, but have been touched by the magnitude of the tragedy, particularly due to the proximity to the Dominican Republic. The hotels are contributing to aid with a 4 dollar donation for every night booked going to the Clinton-Bush fund for Haiti.

According to Sol Meliá, the Revenue Per Available Room (RevPAR), so severely affected in recent years by alterations in the hotel supply and demand equation, will begin to find a more stable balance –although still incipient- in 2010. After several years of oversupply, the crisis will bring a progressive adjustment in the supply of rooms, accompanied by a gradual recovery in demand as we come out of the crisis. In Spain the total hotel supply is expected to grow by only 1% over the next four years, and of those new hotels only 36% are actually under construction. In Europe supply is expected to grow by 3%, but 40% of those hotels will be in the budget segment – with no food and beverage service – and not in markets in which Sol Meliá operates.

Given the signs of improvement in the business environment, Sol Meliá does not expect any further deterioration in 2010, but remains prudent when it comes to forecasting the speed of the recovery. The company is also very aware of the fact that:

a)    its relatively more positive situation

b)    its continued commitment to its long-term vision – even while reacting with the most appropriate measures at the lowest point in the cycle, and

c)     its continued commitment to discipline during this current phase

are factors which, as soon as the market recovers, will allow Sol Meliá to make the most of these benefits to gain strategic strength and improve its hotel portfolio at all levels.