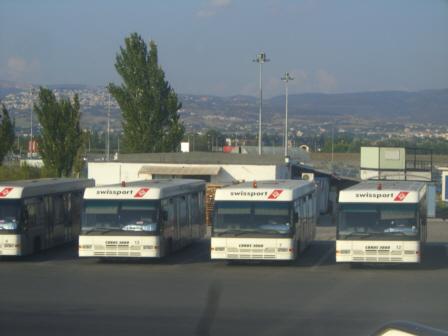 Swissport International, the world’s leading provider of ground services to the aviation sector, has appointed Kai Proff as the new Branch Manager Frankfurt of its German cargo organisation. Proff, who is 36, will assume his new function on 1 March.

Zurich – Kai Proff has spent the last ten years in the integrator sector, where his service with DHL and TNT Express has given him extensive experience in the international air and road freight business. After joining DHL Worldwide Express in 2000, he went on to hold various positions within the company, rising to Director of Terminal Handling, Engineering & Dangerous Goods Management, a position in which he headed his own specialist team at DHL Germany’s Bonn headquarters.

He moved to TNT Express in 2007 to assume operating responsibility for the Rhein-Main Hub and Depot, the company’s largest German operation. In this capacity, he managed a round-the-clock operation with a workforce of some 250 employees. He also led a number of projects focusing on process quality, cost improvements and dedicated customer solutions.

“We are delighted with Kai Proff’s appointment as Branch Manager Frankfurt,” says Peter Kohl, CEO of Swissport Cargo Services Germany & Eastern Europe. “We are confident that, in his new capacity, Kai will make a substantial contribution towards transforming the Frankfurt flagship into a flexible, responsive and highly efficient airfreight hub that sets new standards in both operational excellence and customer service. We wish him every success in his new role.”

Swissport has recently secured a number of key contracts in Germany, which are set to boost its Frankfurt cargo throughput by 80% this year.