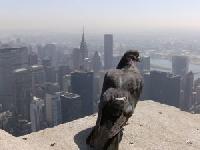 Madrid – The flight departing from Madrid at 13:45 h, previously operating four days per week, has been made daily. A second daily New York flight leaves Madrid at 17:00 h. Both flights operate from the new Terminal 4 satellite building at Madrid-Barajas airport, and land at JFK in New York.

Airbus A340s, with 260 or 252 seats, are used for the approximately 8-hour-long flight. The A340s, among the most modern commercial aircraft in service today, are equipped with Iberia’s lavish Business Plus seating class.

In 2007 Iberia carried more than 340,000 passengers on the Madrid-New York route, with an average occupancy rate of 85%. It achieved the same high rate on its other direct services to the U.S. cities of Boston, Chicago, Miami and Washington DC.

The increasing frequencies reflect the Spanish airline’s determination to win a larger share of the North Atlantic market. In mid-April it will begin to offer new destinations within the United States under an expanded code-sharing agreement with American Airlines, raising the total number of U.S. cities in its network from 22 to 38.

On April 25th, Iberia will offer a new direct flight from Barcelona to New York, also under code-sharing with American.