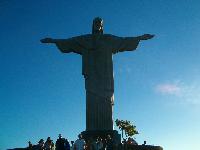 HOUSTON – Latin America’s impact on U.S. life is the theme of the contest, now in its second year. Essays may be submitted in English or Spanish and must be between 200-300 words. Deadline is April 7, 2008. The contest winner will receive six Continental Airlines tickets for travel anywhere in the United States where Continental flies.

„Latin American influence on the United States is all around us — in population growth, music, food, language and business,“ said John Slater, managing director, Latin America, Continental. „We are very pleased to partner with the NAHP to provide Latino students an opportunity to explore connections between the cultures of the Americas through writing and through travel.“

„Our member publications are the voices of their communities; many of their readers are Latin American immigrants,“ said Clara Padilla Andrews, president, NAHP. „We hope this contest will encourage aspiring writers by giving them their own voice.“

The winner will be announced in May 2008. The winning essay will be posted on the NAHP Web site, at nahp.org, as well as published in 10 NAHP member newspapers around the country.

Judges, who will include representatives from Continental and the NAHP, will evaluate the essays for clarity of expression and originality. The contest is open to U.S. residents of Hispanic descent currently enrolled in high school. Participants must attach a cover letter with name, address, telephone, high school name and date of graduation, along with the signature of their high school counselor confirming that they are enrolled in high school. The winner must agree to allow use of his/her name and likeness in publicity materials.

Essay contest applicants should submit their cover letters, proof of high school enrollment and essays by April 7, 2008, via e-mail to essays@nahp.org or to the address listed below:

Continental offers a number of Spanish-language services, including bilingual flight attendants on many flights to Latin America; and bilingual airport personnel, reservations agents and signage. Spanish-language functions on the continental.com Web site include flight booking, check-in, seat selection, flight and gate information, and OnePass frequent flyer program enrollment. Passengers also may make reservations in Spanish at 1-800-537-9222. Continental Airlines has been named to Hispanic Magazine’s list of „100 Best Companies for Hispanics“ every year since 1998.