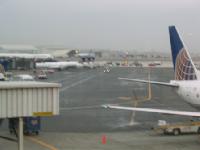 HOUSTON — Formerly Continental’s managing director of Distribution Planning and Electronic Commerce, Slater replaces Pete Garcia, who will retire on Dec. 31, 2007, after close to 30 years of outstanding service to the airline. Slater will report to Dave Hilfman, senior vice president worldwide sales for Continental.

„John has the energy, experience and forward-thinking leadership skills to ensure that Latin America and the Caribbean remain a top priority for Continental,“ said Hilfman. „Like Pete, John is a dynamic leader who will ensure we continue to expand our presence and sales throughout Latin America and the Caribbean, which now comprise more than half of our international destinations.“

Slater previously managed the development, design and support for continental.com and formulated the airline’s global distribution strategy. He has held various senior-level positions in flight operations, customer service, sales and marketing since he joined Continental in 1986, including senior director of sales for the Midwest Sales Division in Cleveland, Ohio.

Slater began his airline career with People Express Airlines in 1982 and assisted with the merger with Continental in 1986.

„Pete Garcia did a fantastic job leading our Latin American expansion and has had a very distinguished career here at Continental,“ said Larry Kellner, Continental’s chairman and CEO. „We’re proud of his many accomplishments and wish him well.“

Garcia is starting a consulting practice which will focus on increasing business opportunities among countries throughout the Americas and Continental will be his first client.

Continental Airlines is the world’s fifth largest airline. Continental, together with Continental Express and Continental Connection, has more than 3,100 daily departures throughout the Americas, Europe and Asia, serving 144 domestic and 138 international destinations. More than 580 additional points are served via SkyTeam alliance airlines. With more than 45,000 employees, Continental has hubs serving New York, Houston, Cleveland and Guam, and together with Continental Express, carries approximately 67 million passengers per year. Continental consistently earns awards and critical acclaim for both its operation and its corporate culture. For more company information, visit continental.com.